We had a fun weekend. First dh and ds went to finish roof up at dh's parent's house. The girls and I just hung out until they got back, then we ran some errands and went out for dinner with our friends. Yesterday, we went to a surprise party for our friend, James. Originally the party was suppose to be the weekend of Ike...but well...that didn't work out well...who wants to be on a party boat, out on the lake, during a hurricane ?(oh pick me, pick me-NOT!!! lol) Jame's wife, Trish, had to keep a secret for another month...bless her heart, she felt like she was lying! (I don't blame her, I've felt the same, when trying to surprise dh) We had a nice, relaxing cruise of seeing the devastation of IKE on Clear Lake, Kemah and Kemah Boardwalk, Seabrook, etc. The damage is hard to imagine yet alone see...so sad...but being on the water with friends was fun and relaxing despite the devastation. (kinda makes you more humbled and appreciative of all the blessings GOD gives us on a daily basis) Afterwards, we went over to Marian and Charles' house and Marian and I, and the girls, headed over to Target and then when we got back headed to Cheddar's with the boys for dinner.
In other news...have you heard about this? Scary!!! (and you can't tell me it just sounds like that...right! They know it says that!)
And how about this??? A friend forwarded this email. This is incredible:
(and after some more investigating...I've found this kid repaints this rock every year. Check these out here)
I can't believe this was done by a teenager! There is a huge rock near a gravel pit on Hwy.25 in rural Iowa. For generations, kids have painted slogans, names, and obscenities on this rock, changing its character many times. A few months back, the rock received its latest paint job, and since then it has been left completely undisturbed. It's quite an impressive sight. Be sure to scroll down and check out the multiple photos. (all angles) of the rock. I thought the flag was draped over the rock, but it's not. It's actually painted on the rock too. 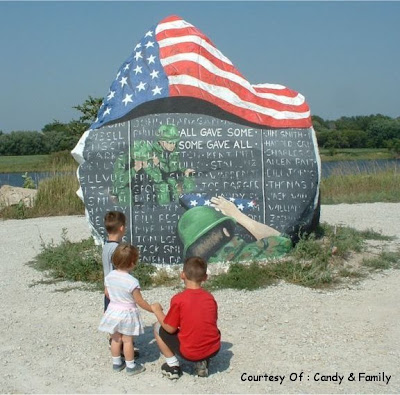 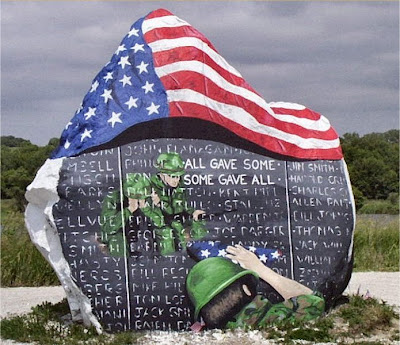 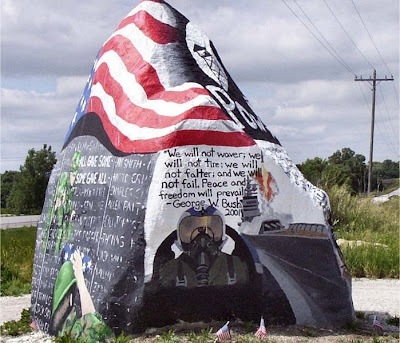 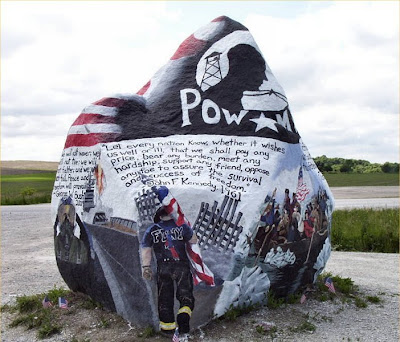 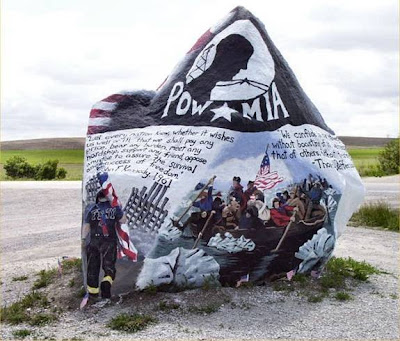 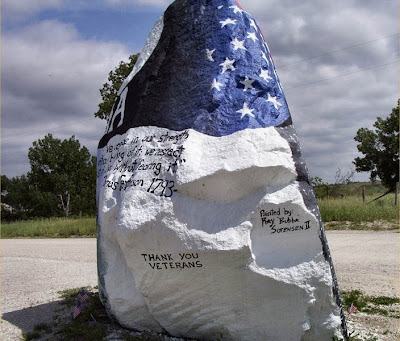 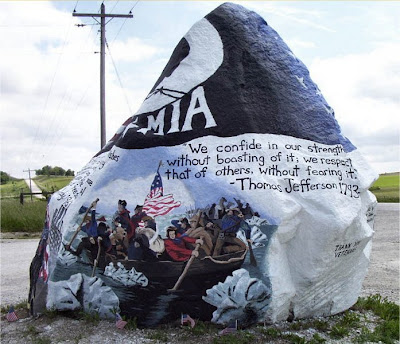 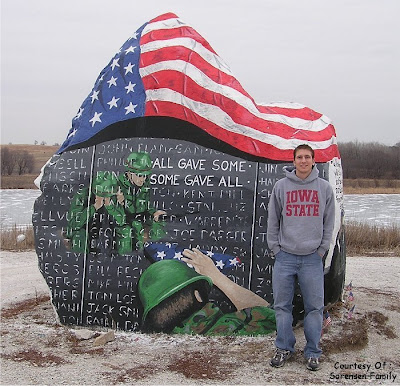 AWESOME Work, RAY ... Thank you! " God Bless America " and "OUR SOLDIERS AND VETS"

You may be only one person in the world, but you may also be the world to one person.

It's so wonderful to see a young man put his talent to work for GOOD! Thanks for sharing.
Susan

Wow! that rock is pretty amazing!

Wow! That rock gave me chills! How AWESOME!!

Guess what I did today? I voted for the next President of the USA! Of course, it was a tough decision...but I decided that the Commander & Chief of our armed forces should probably have a clue as to what they do & why they do it. ;) I had to vote via absentee ballot because we'll be away. That was a first to me. I'm going to miss actually going to the polls, but at least my vote still counts.